DRC :  » Focus Congo » organization wants to bring its expertise in the teaching of law and environmental protection in some partner universities

A tour of experts from the organization Focus congo has been observed since Sunday, July 5, 2021 in the higher institutions and universities of Bukavu.

On Sunday, July 5, 2021, two American researchers including Robert MIHELIC master’s in animal science and Mathieu MIHELIC exchanged with students and professors of the higher institute of management ISM located in Nguba in the municipality of ibanda on the protection of biodiversity as well as the teaching of law in a system bachelor, master and doctoral student called LMD.

Monday, July 6, 2021; a whole team accompanied by other members and experts of Focus Congo went to the official university of Bukavu UOB to initial a partnership contract for the exchange of experience with the Faculty of Communication and Law before holding a conference on human rights in the delivery of courses in LMD system as well as the protection of biodiversity.

‘’The LMD system is the system that is almost new in the DRC and our country needs it to make it easier for students not to go on forever in the faculty. That is why our organization is working to support these universities and higher education institutions that will align themselves in this practice. It has been found that some of the students are unable to complete their studies because of the lack of their families’ savings, which are tipping over. Today focus Congo wants to see students much less in the audiences and more in practice of the subject in libraries if not in the laboratories in the process of practicing. » Says Noëlla SHAMANVU, head of the organization Focus Congo South-Kivu.

Focus Congo also plans to go to the volcanic city of Goma, which has suffered a volcanic eruption, to help some of the victims before conducting sessions with universities that have started the Bachelor, Master and PhD student system.

Focus Congo trains community leaders by partnering with grassroots organizations, providing better access to resources for the Congolese people, while promoting a vision of justice and peace for the nation.

A non-profit organization registered in Germany and the Democratic Republic of congo; Focus Congo is made up of a team of people from all over the world who carry the desire to see the Congolese shine like stars. 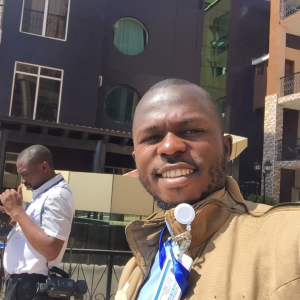